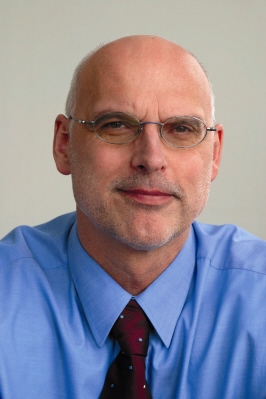 Prof. Dr. rer. nat. habil. Ralf Janda Heinrich-Heine-University Düsseldorf, Germany Ralf Janda was born in Berlin in 1953. He studied chemistry at the Free University Berlin (FUB), obtained the degree Diploma-Chemist and graduated in 1979 as a natural science doctor (Dr. rer. nat.). His professional career as scientific assistant and lecturer at the FUB ended in 1980. This was also the year when Ralf Janda joined the dental industry as head of research and development. He worked for many different internationally leading dental companies (Kulzer GmbH, Germany, Degussa AG-Dental Division, today Degudent/Dentsply GmbH, Germany, Dentsply/Detech GmbH, Germany, Dentsply INC., USA, Dentaurum GmbH & Co. KG, Germany) in different leading positions as head of: R&D, production, quality assurance, dental technology, worldwide project leader) until 2003. During this time he was member in many dental standards commissions and from 1987 to 2000 he was also a member of the drug commission A at the drug institute of the Federal Republic of Germany (Bundesinstitut für Arzneimittel und Medizinprodukte). In 2003 he joined the cosmetic industry specialized on light curing artificial nail products and stayed there till 2017. Besides of his professional life Ralf Janda had and still has a long and intensive scientific life as researcher and lecturer at several universities beginning at the FUB in 1978. From 1988 to 1990 he had a lectureship at the faculty of material sciences of the Technical University Berlin in resin composite materials. From 1991 to 1999 he worked as researcher and lecturer for non-metallic dental materials at the dental department of the Medical Faculty of the Johann Wolfgang Goethe-University, Frankfurt/M. In 1992 he obtained his habilitation (qualification for a teaching career at universities) and the degree Privatdozent (associate professor) in dental material science at the same university. Form 1999 to 2004 Ralf Janda was Privatdozent at the Center of Dental Medicine (Zentrum für Zahnmedizin) of the Medical Faculty (Medizinische Fakultät) - Charité of the Humboldt-University Berlin. Since 2004 he works as researcher and lecturer at the dental clinic “Westdeutsche Kieferklinik” of the Medical Faculty of the Heinrich Heine University Düsseldorf. In 2006 he was appointed as apl. Professor (adjunct professor) in dental material science.